At the Careless Music Trade Launch last June, the message from its label executives was clear: we work for the artists we represent, and not the other way around.

Careless Music founder and chairman James Reid, an artist and entertainer himself, draws a lot of his own management style from the years he spent in the industry. After a long career as an actor and singer for one of the biggest networks in the country, he took significant professional and financial risk to start his own record label after producing his first album.

“For me, the best thing I did when I started all of this was when I did ‘Palm Dreams,’” Reid says during the Trade Launch. “I was told no, I can’t do that because it’s not marketable, and we don’t want to take that risk. I went ahead and I took that risk.”

The decision to forge on without his former management’s backup eventually paid off. Reid’s 2017 R&B debut was a deviation from his initial pop sound, and peaked at number 45 on the Billboard US Independent Albums chart, and at 13 on the Heatseekers Album chart. Reid has since then released a number of singles, including the funky acid trip “Soda” in 2021, and a re-release of his single “Hello,” which features Korean artists Jay B of Got7 and Ozi.

“For me, the best thing I did when I started all of this was when I did ‘Palm Dreams,’” says Careless founder and chairman James Reid. Photo by NIKKI BONUEL

When he wasn’t plotting his own music career, Reid and Careless Music started taking in more artists from varying disciplines. They signed on the dance group A-Team, in a desire to promote dance “as a stand-alone performance art,” said Careless Music CEO Jeffrey Oh in a previous interview. Under Careless, Nadine Lustre released her first full-length dance-pop album “Wildest Dreams,” which included a 30-minute visual album uploaded on YouTube. These are not the moves made by a rookie record label, but Reid and his team are hedging their bets on making career-defining moves with their artists at the fore.

“I’ve been in a lot of positions — I’ve been in front of the camera. I’ve experienced being behind the camera as well. I’ve been an artist and also managing artists,” Reid says. “For example, our contracts are very different. You know, as much as possible I want it to be in favor of the artist. And I look it like, ‘As long as we’re doing our job properly, they’ll want to continue working with us.’”

The power dynamic seemed to be the underlying theme of the entire Careless Music showcase, with a program that includes a presentation of Careless’ other entertainment services (song composition, live events, among many others); a strategic partnership with Transparent Arts (the Los Angeles-based artist management and record label company by Far East Movement); performances by their artists like Lustre and hip-hop/R&B artist Massiah; and the introduction of two new artists — actress Liza Soberano and singer Issa Pressman.

Soberano’s decision came as a surprise, after being managed by comedian and entertainment reporter Ogie Diaz for over a decade. She says that the decision to switch to Careless was one rooted in “personal growth” for her own career.

“I’ve been working in the industry for 12 years now, and I’m working with pretty much the same set of people that I’ve been working with since then. Not to say, I’m not grateful, and not to say I haven’t achieved so much by working with them, but as I got older I started discovering who I really was, and I wanted more control over how to express that,” Soberano explains. “I wanted to work with people my age, to be honest, and there are so many creative people in the world.”

Having Soberano under the Careless label broadened the company’s reach, as the actress not only wants to pursue an acting career abroad (“I’m 24 now,” Soberano says, “I feel like the window is becoming very small for me. I wanna be able to really showcase Filipino talent and my personal talent”), but is interested in getting into music as well. She says, in fact, that her fans can expect her music to come out before any acting projects under Careless. During the pocket interview with other members of the media, she belts out a few bars from an Adele song — one of the tracks she’s studying during her vocal lessons.

It’s a period of discovery for Soberano, who says that they’ve been in the studio a few times to try different songs and see what genre works best for her. She says that Reid has also encouraged her to begin writing her own songs. He is, in her own words, “pretty chill” to work with.

“I feel like nobody in the industry understands what artists go through [other] than their co-artists. He allows us to do whatever we want. Like before this event, he was telling me to say whatever I want (Laughs),” Soberano says. “So that’s what I’m doing right now.”

That culture of play and creative exploration is also what drew singer and artist Issa Pressman to join Careless Music. Prior to signing, Pressman had dabbled in a few musical endeavors, most of which were passion projects she took on with friends and family. In a music video for the song “Losin’ A Grip” that she released in 2021 with producer Marcus Davis, her older sister and actress Yassi Pressman took on the role of makeup artist.

“Careless was a choice because they’re my friends, and I knew that they would understand my own style,” says Issa Pressman. Photo by NIKKI BONUEL

Pressman considered Careless when Reid approached her after “Monkey Business” came out, a groovy retro track that had Pressman singing and posing as a dynamic sculpture in the music video. Pressman wrote the song herself, and launched the video at home, with her friends as her audience.

It then made sense for her to join a label that espoused a similar culture.

“Careless was a choice because they’re my friends, and I knew that they would understand my own style,” Pressman explains. “How I wanna do things, how I wanna dress up, how I wanna be styled or whatever. It would still feel like a barkada setting than just work. I didn’t want to transition my passion into something that was only professional.”

As to how Reid zeroes in on the artists he takes on, he says that there isn’t so much a formula or hard numbers; he’s much more concerned working with artists who are willing to take the same risks that changed the tides of his own career.

“Honestly, I didn’t even know what I was looking for in artists [when I started,]” Reid says. “But it’s become more and more clear with each artist I sign, one thing in common is that they have a clear vision for where they wanna go with their careers. How to get there, not so much, but at least they know who they wanna be. They know what message they wanna say. That I can work with. I’m not gonna tell someone what to do with their career, but I can help them get there.”

See more from the performances of Careless' roster, including Nadine Lustre, Massiah, Lesha, A-Team, and Jolianne Salvado below. Photos by NIKKI BONUEL 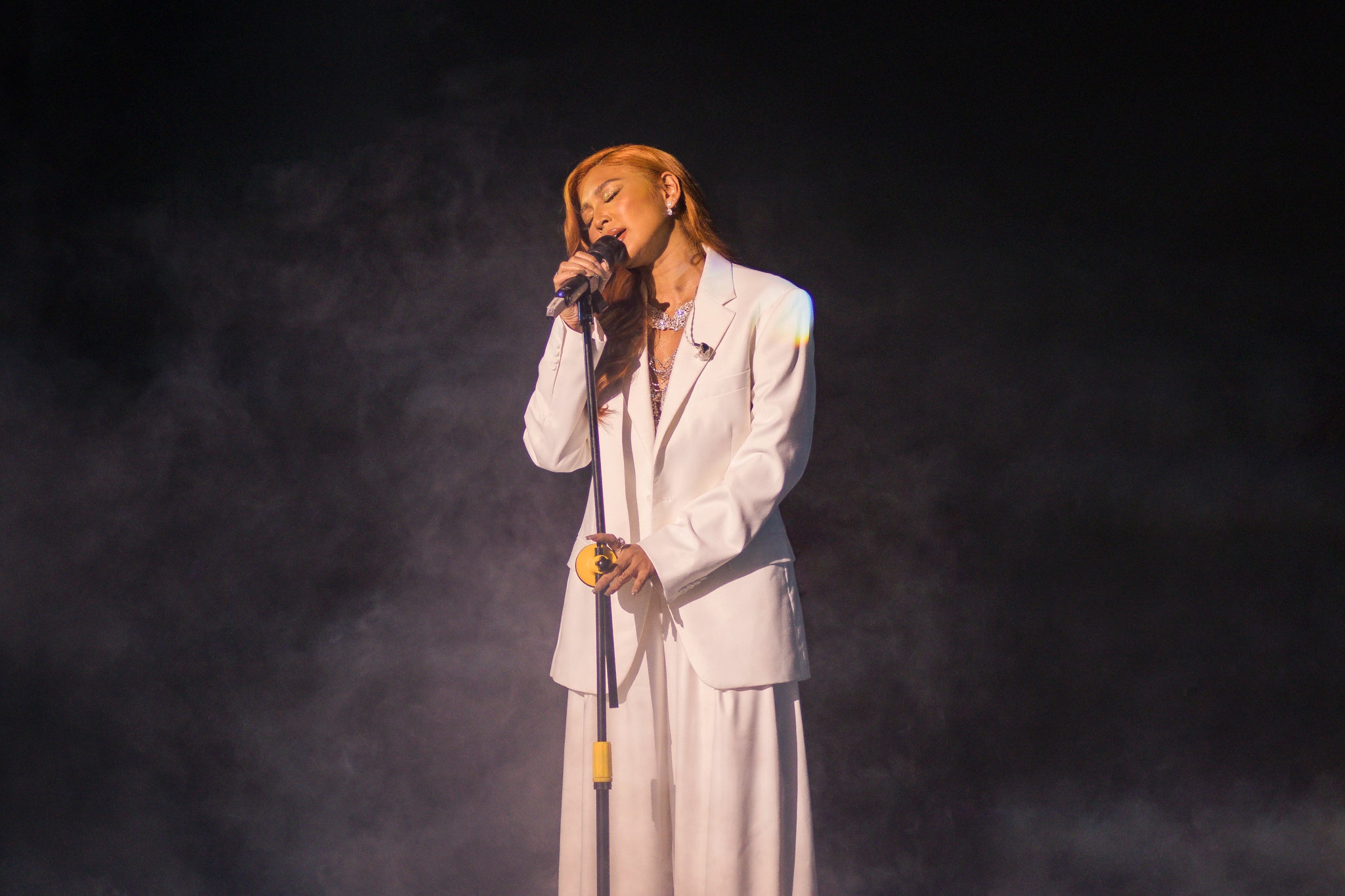 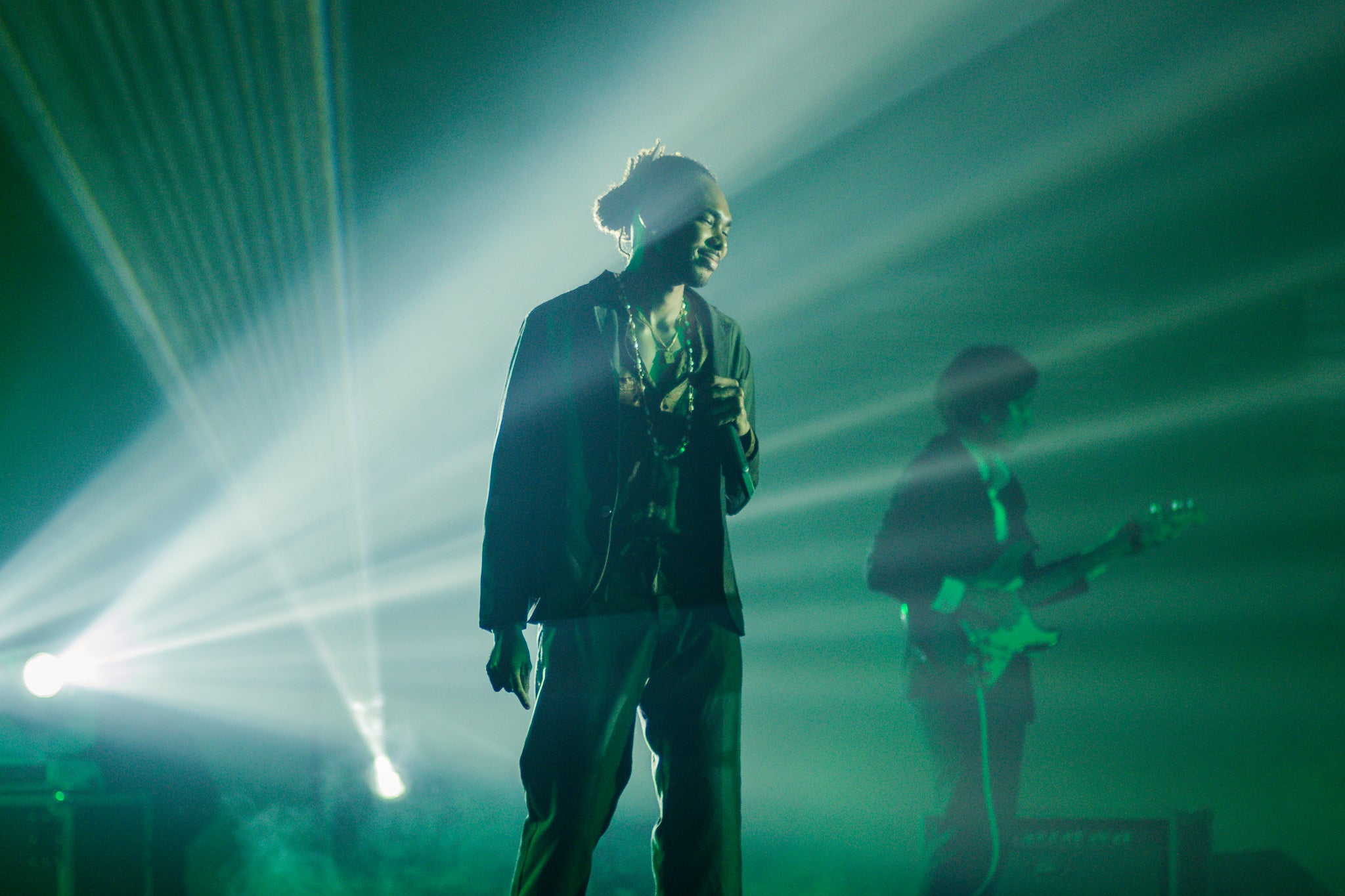 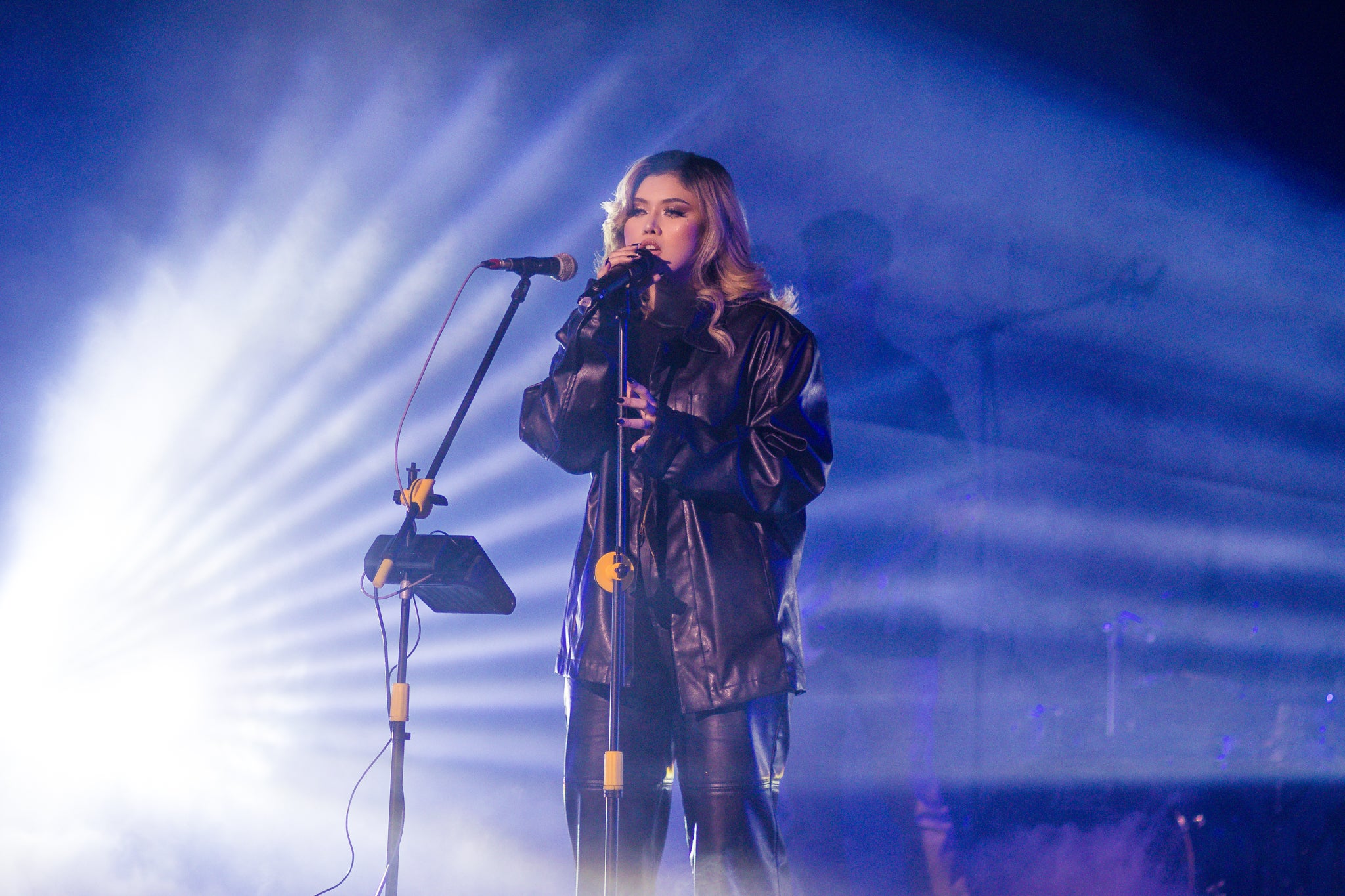 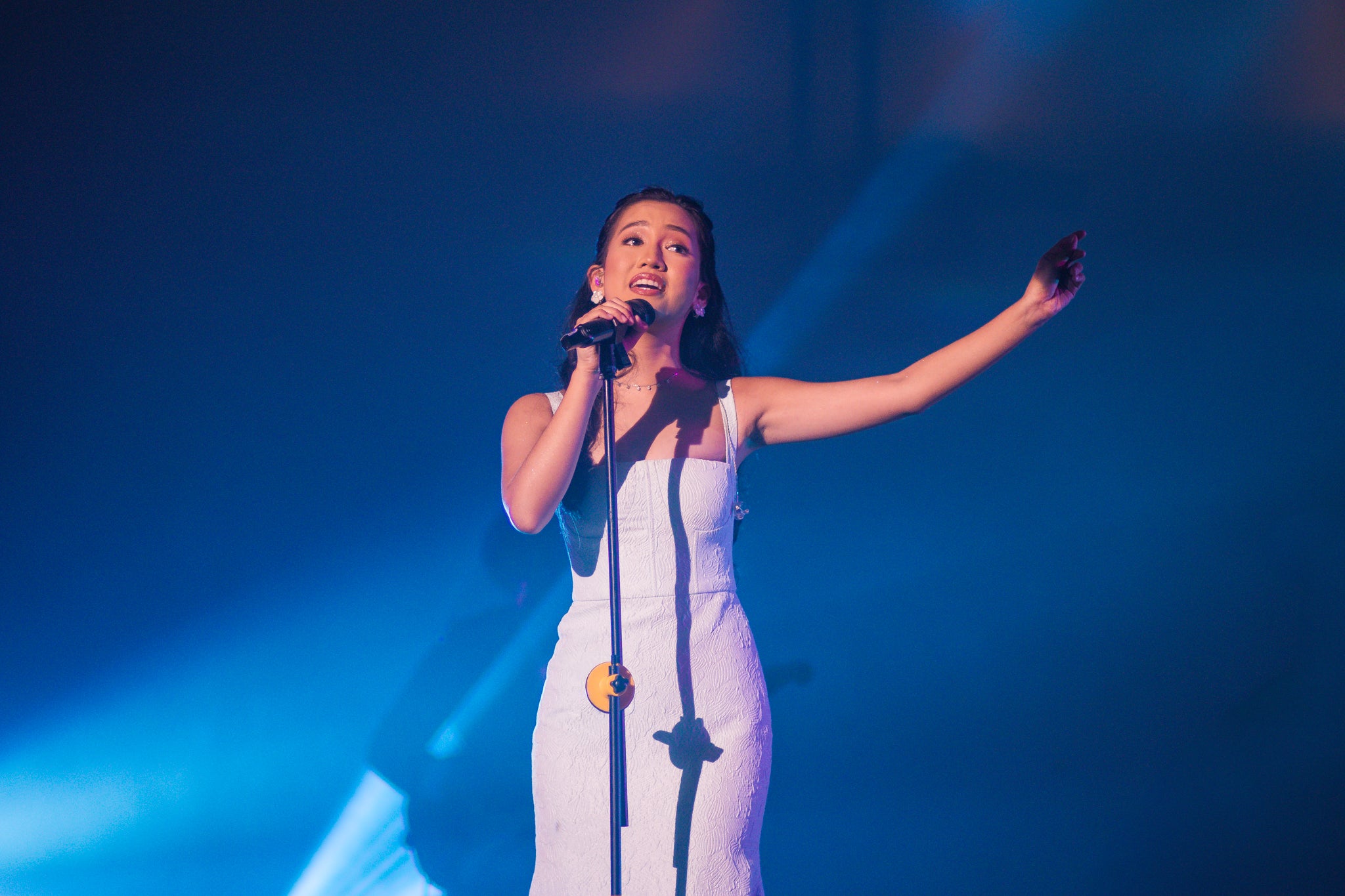 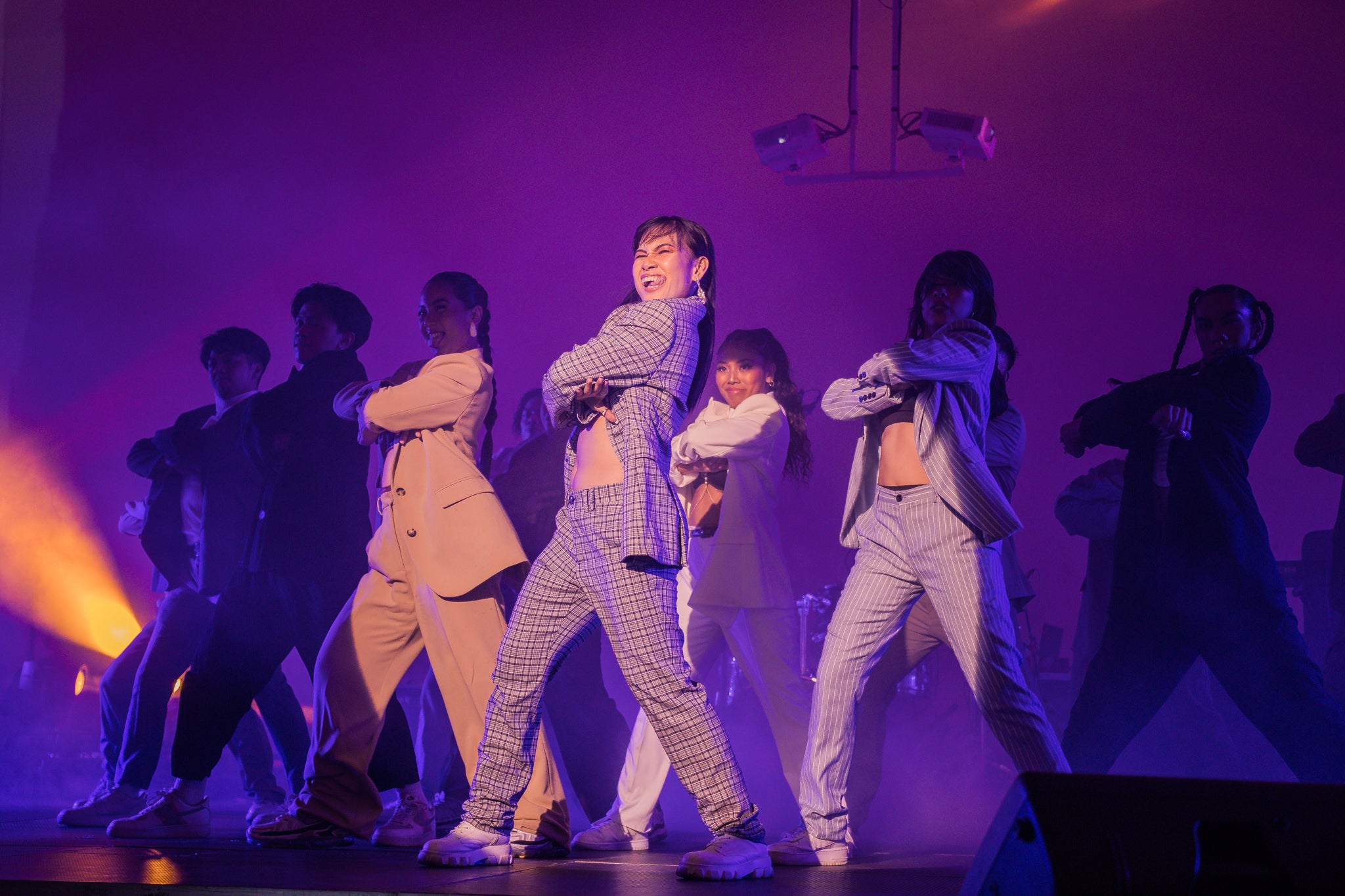